Sometimes a Nation needs a moment…

Naomi Foster, a local Yuin woman from Wallaga Lake, is recovering from a blood clot that has left her paralysed with restricted arm, neck and head movement. 1DeadlyNation.com is asking you to take the time to read the poster below and spare a little money to help this young, strong woman through a very difficult time.

We and the land are one – Guboo Ted Thomas

The original Wallaga Lake and Mumbulla Mountain Aboriginal land rights claim documents submitted by Guboo Ted Thomas to the NSW Parliament in the 1970s were recently found at the Bega Aboriginal Land Council. The documents capture the tone of dispossession and emerging Aboriginal activism of the time. They are also the powerful submissions that ultimately led to the handing of title to the Yuin people of the Wallaga Lake Reserve and the protection of Mumbulla Mountain as an Aboriginal Place.

“We, the Aboriginal people of Wallaga Lake and members of the Yuin tribe, do hereby place before you and the Government of New South Wales our claim for our Land Rights.”

The claim was for the title deeds of Yuin tribal lands at Wallaga Lake to be handed over to the Aboriginal people.

It was the beginning of a battle for lands rights that would last many years.

“When white people first came to Australia, they took all the land, with dreadful consequences for our people,” he wrote.

“Even though there was plenty of land for everyone, they took the lot!’

The Wallaga Lake Aboriginal Reserve had been created in 1891 by the NSW Aborigines Protection Board and run by a state appointed manager.

The speaking of Aboriginal language was banned, traditional culture discouraged, and the managers controlled movement to and from the reserve.

Guboo Ted Thomas was born in 1909, grew up on the Wallaga Lake Aboriginal Reserve, and as a young man was educated in the rites, laws, and customs of the Yuin people.

He was 58 years old when all Aboriginal people were finally made Australian citizens following the 1967 referendum.

In the early 1970s he began campaigning for Aboriginal land rights and remained an activist until his death in 2002.

In his 1978 submission to then NSW Premier Neville Wran he wrote that almost all of land on which generations of Aboriginal people had lived had been taken from them, leaving them only a few acres of which did not even have title.

“We must always live in fear and insecurity, worrying if even the little we have will be taken away from us,” he wrote.

He pointed to section once part of the reserve, now the coastal suburb of Akolele, that in 1949 ‘was taken away from us and given to white people for their holiday homes’.

“This bit of land was very important to us because it contains one of our sacred burial grounds.”

The claim did not contest that land ‘as we do not wish to disturb these people’.

He expressed worry that with the white population increasing they would lose even more land.

The claim asked that the title deeds to the remaining reserve, as well as Merriman’s Island, and adjacent Crown Lands be handed over to the Yuin people in perpetuity.

“This land is part of us and we are part of it. It has always been so in the past and it will always be so in the future. We and the land are one.”

Five years later, after continued lobbying and demonstrations, the title deeds were handed over to the Yuin people.

Meanwhile, in 1979, Guboo Ted Thomas began seeking the support of the white community to recognise the cultural significance of Mumbulla Mountain, about 30 km south west of Wallaga Lake.

He explained how it was a sacred mountain where boys would be initiated and ‘taught about the Tribal Law and how they should behave, and they were taught the special secrets of our Culture’.

“They had to spend a long time on the Mountain away from their people, and they were put through special tests to prove that they were men.

“Then they were initiated and brought back to the tribe as young men who respected their Tribal Law and Culture.

“The law has been handed down from one generation to the next, ever since the Dreamtime.”

He wrote how the last initiations had been held around 1918 and how he had been too young.

He was concerned about logging destroying the sites and wrote of his distrust of the then Forestry Commission who he claimed were ignoring a provision to survey sacred sites before beginning logging operations.

He was successful in getting the logging stopped while an archaeological survey was carried out by archaeologist Brian Egloff.

He lobbied for support that the ‘whole area of Mumbulla Mountain in which sacred sites are located should be gazetted as an Aboriginal Place … administered by the National Parks and Wildlife Service.”

Mumbulla Mountain was gazetted as an Aboriginal Place in 1984.

In 2006, four years after Guboo’s death, it was incorporated into a complete handover of the Gulaga and Biamanga National Parks to the Yuin people, as he had envisaged, jointly managed by the Aboriginal owners and the National Parks and Wildlife Service.

Since 2006, the Close the Gap campaign has achieved an enormous amount. This has only happened with community support. In 2012 alone, more than 130,000 Australians joined National Close the Gap Day to show their support, to talk about, to spread the word, and to take action to improve, Indigenous health.

Be a part of this watershed moment in our history. Help us take the next step.

Currently more than $6000 has been pledged to Indigenous Literacy Foundation if by the close of tomorrow (Thursday) the IndigenousX twitter account has reached 10,000 followers.

All you have to do is go to https://twitter.com/IndigenousX and click follow and Indigenous children are on their way to a better life. You can also message the account and offer to make a pledge yourself. Many of those who have pledged money have taken it upon themselves to donate money whether or not the final goal is reached. This is about educating young people and using Social Media to inform a growing number of people about all the excellent and Deadly things Indigenous folk around the country are doing. So why not get involved, click follow! 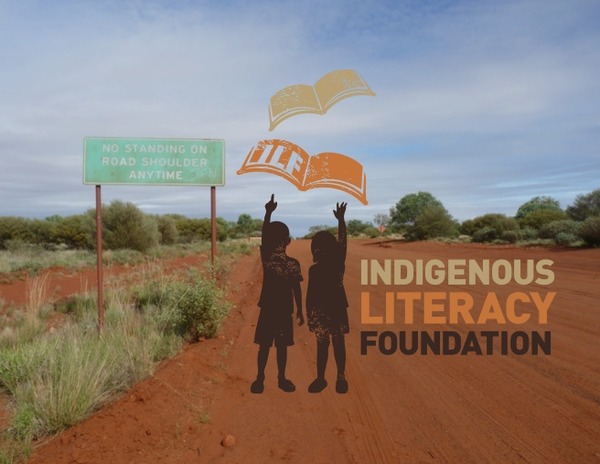 NITV it is Alive and Live!

Deadly Choices is an initiative of the Institute for Urban Indigenous Health (IUIH) in South East Queensland (SEQ) and is funded by the Commonwealth Department of Health & Ageing.

IUIH was established in 2009 by four (4) Aboriginal Medical Services to coordinate planning, development and delivery of comprehensive primary health care services to over 50,000 Aboriginal and Torres Strait Islander people’s that call SEQ home – over a third of the total Indigenous population of Queensland reside in SEQ. These four (4) Community Controlled Health Services constitute the membership of the IUIH and include: the Aboriginal and Torres Strait Islander Community Health Service (ATSICHS) Brisbane; the Kambu Medical Centre in Ipswich; the Kalwun Health Service on the Gold Coast; and the Yulu-Burri-Ba Health Service on North Stradbroke Island.

‘Deadly Choices’ is a campaign which aims to empower Aboriginal and Torres Strait Islander peoples to make healthy choices for themselves and their families – to stop smoking, to eat good food and exercise daily. ‘Deadly Choices’ also encourages our people to access their local health service and complete a ‘Health Check’ – not just to see the Doctor when they are sick but visit their health service and access support to prevent or better manage their chronic disease and remain healthy.

Focusing on the risk factors for chronic disease – smoking, physical activity and nutrition – is critical if we are going to ‘close the gap’ in Aboriginal and Torres Strait Islander health. It is smoking, poor nutrition and not enough physical activity that are the biggest contributors to chronic disease in Aboriginal and Torres Strait Islander communities – this is why we see high levels of diabetes, heart disease, lung and kidney disease in our families. Governments have committed to ‘closing the gap’ in Indigenous health but it is only our communities that can make this happen. This is the aim of ‘Deadly Choices’, to support our communities to make a ‘Healthy Choice’ – to make a ‘Deadly Choice’.

Change gone come… by #DeadlyBlogger Cee to the Jay!

It seems like only yesterday that I was faced with the biggest challenge of my life; the sudden death of my mother and then the huge decision to raise my little brother by myself…
1 year and 11 months have passed since my mother’s death… People I talk to say ‘Wow, has it been almost 2 years already, that’s gone by fast’, but for me it hasn’t… Time has dragged out a painful process, a painful wait, and a few painful life lessons for me to learn in these past few years… It’s gone fast for those who knew my mum, who know me… They say I’ve done a great job and that they’re proud of me for ‘all I’ve sacrificed’ and done for my brother and myself and year I guess I’m proud of myself and then sometimes I think, ‘HOW THE HELL ARE YOU STILL LIVING??’…
Death’s a funny thing, it makes you see who the most important people are in your life, it makes you review the direction your going in, makes you question what kind of person you are and where your life is going…. See, for my friends and my family, my mum’s death was sad and tragic, it was a huge loss to them and hard for people to swallow… One minute she was here, and the next she was gone… Their grief and sorrow lasted a while but eventually life goes back to normal, people function again, the hurt starts to heal and life goes on…. For me though, my mother’s death has changed every aspect of my life and nothing has changed for me……….
Keep reading – http://carlyjwallace.blogspot.com.au/2012/11/change-gone-come.html?m=1
Checkout Cee to the Jay @ http://carlyjwallace.blogspot.com.au/?m=1 She’s one DEADLY sister!!!

To kick off the evening, Casey Donovan and special guests will perform from 6pm. World premiere screening begins at 7:30pm.

Bring a blanket or a chair – snacks will be on the house.

The Block, Corner of Eveleigh and Caroline Streets Redfern 2016
Website: http://www.abc.net.au/tv/redfernnow/
Other Services:

HOW TO GET TO THIS EVENT:

Redfern Station is less than 5 minutes walk from The Block.

This year’s theme was selected by the National NAIDOC Committee to celebrate the 40th anniversary of the Aboriginal Tent Embassy and acknowledge the key contributors to its long history.

The theme for NAIDOC Week 2012 is Spirit of the Tent Embassy: 40 years on.

They dared to challenge – this year’s theme celebrates the champions who lived to renew the spirit of Aboriginal and Torres Strait Islander peoples through the establishment of the Aboriginal Tent Embassy in 1972. Forty years ago, the embassy became a powerful symbol of unity. Its founders instilled pride, advanced equality and educated the country on the rights of Aboriginal and Torres Strait Islander peoples. To move forward, we must acknowledge our forbearers, learn from their experiences and ask ourselves… what have their sacrifices meant for me and my family today?

Read the full story at: NAIDOC.org.au