FreeRice is a non-profit website run by the United Nations World Food Programme.

This is made possible by the generosity of the sponsors who advertise on this site. So what are you waiting for, click the link and for each answer you get right 10grains of rice will be donated.

ALP MPs must cross the floor on Asylum Seekers!

Walk the Walk if you want to Talk the Talk.

A politician’s job can be a complex thing, who really wants to speak out of both sides of your mouth to keep your job? But what really counts is the way they vote on the Parliament floor.

The Asylum Seeker debate is still going strong in Australia. It is an issue we’ve grappled with as a nation since white man arrived. But it is relatively easy to argue that 200 years on our politician’s are handling the matter more disgracefully than at any other time in our history. At times in the past public opinion was in favour of harsh treatment of those seeking asylum on our shores. Public opinion also once supported the fact that Saddam Hussein’s Iraq had WMD’s, something that even Dick Cheney admits was wrong. But for what it’s worth public opinion does support the onshore processing of asylum seekers, 53%. But then you have the other swaying factors to process onshore, legal, economic, humane, health and just the down right decency of doing the right thing.

For the ALP this is a tricky issue only because they made it that way. Under John Howard the ALP took damage at the polls for supporting onshore processing, the Tampa and children overboard had major impacts on their electoral success or lack thereof. So it seems strange that a party who took a massive hit on an issue would turn around and jump to the other side of the fence to be hit again. Either they believe it will give them electoral success (it wont) or they believe they are doing this in the National interest (it isn’t). On the first issue polls quite clearly show this is a Government in trouble and the “Malaysian Solution” is on the nose. In terms of a National interest how is something that costs more, is illegal under International law and Australian law (hello High Court), costs a fortune and is downright inhumane considered the best thing to do?

It isn’t and they know it, so the Labor left faction has been rolled out to show us the party still has a heart. Doug Cameron has  taken to the airwaves and caucus to appeal for onshore processing, Steve Georganas has hosted Welcome2Australia at Parliament House and others have reminded us that “we have to remember these are human beings”. We have to remember? Us? No,we know perfectly well who they are and we also know why you were elected. Not on a platform of offshore processing and a plan that makes the brutal Pacific Solution and TPV’s look down right pleasant.

Government MPs and Senators don’t get to tell us about humanity, International law and what is in the National interest unless they do the one thing they were sent to Canberra to do. Vote! If they honestly believe in International law, fair and just treatment of Asylum Seekers and actually welcoming people to Australia then they will cross the floor and vote against any and all offshore processing legislation. The very poorly named “Malaysian Solution” is no solution at all. Tony Abbott’s Lib/Nat coalition doesn’t have an acceptable policy either so any gloating on his behalf is for political chest beating only. But the ALP is the Government of the day and the responsibility rests with those ALP members who do believe what the majority of Australian’s believe and voted for them to deliver.

The only thing that counts is their vote on the floor of the parliament. If they want to talk the human rights talk, they have to walk the political walk. And cross the floor! 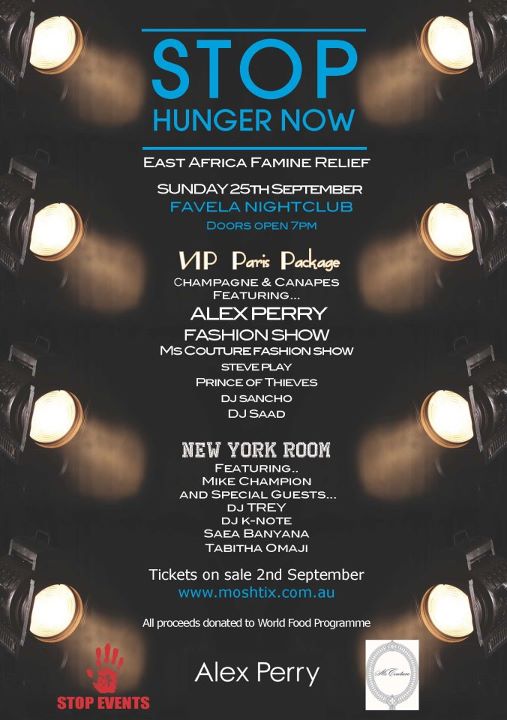 New York Room tickets will give you access to the finest acts and talents in RnB, with a line up of massive performers including Sydney’s own Mike Champion, much more.

This event is going to be HUGE – and it’s all for Charity!!