The Freedom Theatre – a theatre and cultural centre in Jenin Refugee Camp – is developing the only professional venue for theatre and multimedia in the north of the West Bank in Occupied Palestine. Since it opened its doors in 2006, the organisation continues to grow, develop and expand, enabling the young generation in the area to develop new and important skills which will allow them to build a better future for themselves and for their society. 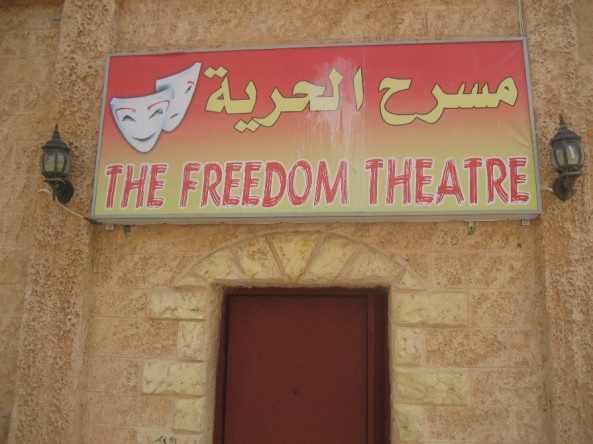 Country music can be easy to pick on, and I don’t want to take an easy shot at a beloved art form. But while musically taste is purely a personal issue and who are we to deny anyone their art form. One thing that often concerns us is the use of country music to wave the flag for war like no other art form. A point made clear with comedy by Bill Maher…

The use of the confederate flag by many of countries biggest stars also seems to show a serious blind spot to racism. A flag of course flown by those who wished to continue the ownership of their slaves and their support for the slave trade.

It might not be such a black and white issue, but country music seems to be very…er.. white!

While negative issues involving minorities are nothing new to the mainstream media, finding positive news stories is a much harder task. In a post civil rights world and an awakening to the suffering of the impoverished around the world there has become a failure to follow this on with positive and empowering news. Whether it is local media examining what minorities are doing in their local areas to the world wide media examining positives coming out of Africa, Latin America and the rest of the new world, it is virtually non- existent. That is to say positive news stories about people from developing countries or minorities in western countries is virtually not reported. Indigenous stories in a positive light? Forget about it, for every one there is a 100 in the negative.

So in saying that it is vital we support those outlets that not only produce positive and insightful reporting, but do so in a quality befitting the issues many of the worlds peoples face.

SBS’s indigenous program Living Black is one such example. Aboriginal Australia is as diverse as it is misunderstood by the broader public. And with shock jocks, gutter journalists and media owners unwilling to tell the stories that matter, programs such as Living Black become a vital element to an educated public. These programs also highlight a lack quality journalism in many of the mainstream media outlets. If Living Black is telling vital stories, and they are, why have the major outlets not done the same. We far superior resources there is simply no excuse that major daily newspapers cannot have journalists cover these stories, but they choose not to. And their doing so is a blight on their journalistic integrity. What sells, what causes commotion and what sells advertising space should not be the only areas of importance to a journalist with any instinct for real news. What matters to a nation, what needs to be told and stories that have a significant impact on the fabric of a nation not only need to be explored, they must be reported.